Origin of the company’s name

Making an impact on the world by constantly creating new standards over and over again. This is the idea that we had when we established IGNIS LTD. in May 2010.

‘Ignis’ is Latin for ‘fire’.
Since ancient times, fire has been thought of as being one of the four major elements essential for living.

People huddling around a fire, communication being born… this is how the human race has evolved. Now, fire is completely integrated into the lives of everyone, and it has become ‘something that everyone takes for granted’.

We want to advance the evolution of the world by continuing to come up with new standards; standards for the era to come.
We are strongly motivated and want to be a group that burns with enthusiasm for its work.

This is the idea that is contained in our company name.

What is important for the creation of Internet services

We believe there are three factors that are important for the creation of Internet services.

‘Developers not to force what they want onto users’
‘Not to do things i that may confuse users’
‘Not to use words that users don’t understand’
The most important thing of all is the user’s experience.

We believe that the bigger the service idea gets, the more important it becomes to think thoroughly of what is the intrinsic, core value. We think carefully about the fundamental values of the product, and release them on a small scale with timely and speedy manner, grow it big afterwards.

The only goal for the team is to provide valuable content to users. Regardless of their roles as engineers, designers, or producers, each of our member employees share this same common understanding. We think that a team that is able to debate about how to create good services and show more leadership, can create better and more excellent services.

There are many companies in which an engineer contributes to management as CTO, and those where the president is originally an engineer, but there are few companies in Japan in which the chief representative for technical development has representative responsibilities and have the final decision-making powers on management issues.It weren’t for the engineers, however, we wouldn’t be able to create any services.

We think it’s essential that a representative with the ability to make final decisions on management should have a 100% understanding of engineers so that he can create an environment in which the engineers can fully achieve their potential.

IGNIS LTD. has already created many hit applications to date, and has achieved and accumulated a total of 70 million downloads in November 2014.
On the other hand, we think we need to keep challenging ourselves to continuously create services that have an impact on the world by creating the next standards.

We would like to take this opportunity to express our sincere gratitude to all of you and hope that we will continue to enjoy your understanding and support in the future. 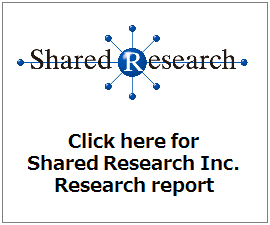